HUNTINGDON (September 24) — Huntingdon High School Alumni Association held its first-ever Mega Reunion with approximately 460 in attendance at the Carroll County Civic Center. The event was the culmination of the 29th Huntingdon Heritage Festival on Saturday, September 24. 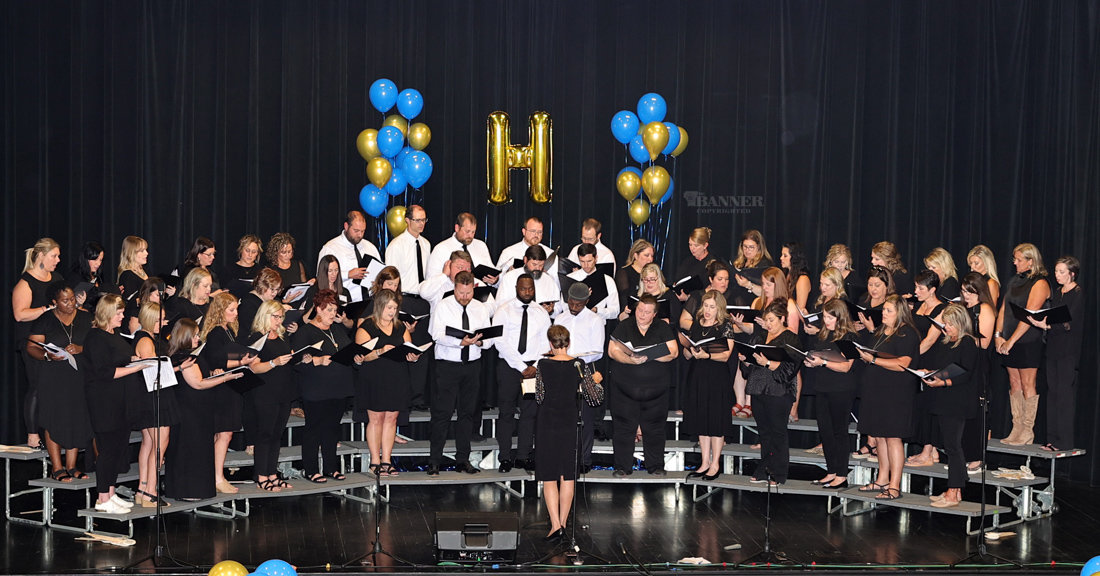 The Huntingdon High School Alumni Chorus performed during the Mega Reunion on September 24. They were under the direction of Jeannie Nanney. 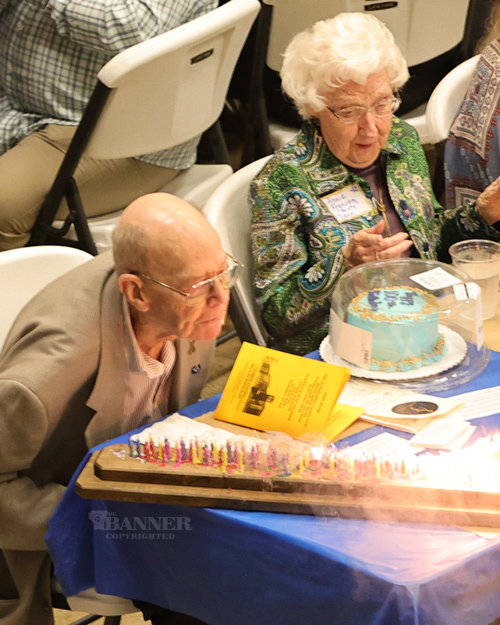 T.C. Chandler, age 100, was the oldest member of the alumni in attendance. Sitting beside him is Annie Frances Dean, who was one of his classmates.
Previous Next
Posted Tuesday, September 27, 2022 5:00 pm
HUNTINGDON (September 24) — Huntingdon High School Alumni Association held its first-ever Mega Reunion with approximately 460 in attendance at the Carroll County Civic Center. The event was the culmination of the 29th Huntingdon Heritage Festival on Saturday, September 24.
It was an evening of celebration with a record number of alumni in attendance, the HHS Alumni Chorus under the direction of Jeannie Nanney, and the celebration of all things Huntingdon High School.
Mallard’s Restaurant catered the meal for the capacity attendance.
The Alumni Association was created to improve communications among alumni, provide scholarships, provides teacher/staff appreciation activities, provides monetary gifts to the school system, and raises money through various functions and through dues.
The Association has an Alumni Room at the Huntingdon City Hall with historic items.
Officers included: President - Paulette Crews, Vice-President John Sanders, Secretaries Shawna Barger Smith and Melissa Thomas, data secretary Ginger Taylor, and Treasurer Carl Byars.  A new slate of officers was elected during the event.
The alumni member who traveled the longest distance was from California. The youngest member was age 18 and the oldest was 100, T.C. Chandler. He was presented a cake with 100 candles.
Nathan Burns was the featured speaker. He is the owner of Grand Slam Collectibles, a sports memorabilia company that obtains and sells collectibles. Burns said his family moved to Huntingdon from Kentucky. He started first grade at Huntingdon and learned that the greatest reward is just on the other side of fear. His Huntingdon-based business is followed online by professional sports athletes and many others. He said the local community invested in him and his success and he eagerly gives back to the community.
The evening was capped by a performance by the Alumni Chorus, who were directed by retired teacher Jeannie Newman Nanney.
Mrs. Nanney now resides in Dresden. The group, who traveled from various parts of the country, had one in-person rehearsal on Friday evening. They also performed during the morning Heritage Day celebration and at the reunion.