For two years, I have been on the cusp of writing a series of Weekly 150 articles on the life of Dale Kelley. Following his death a few weeks ago, I figure it’s finally time to pay homage to a man whose name has become synonymous with Huntingdon and Carroll County. 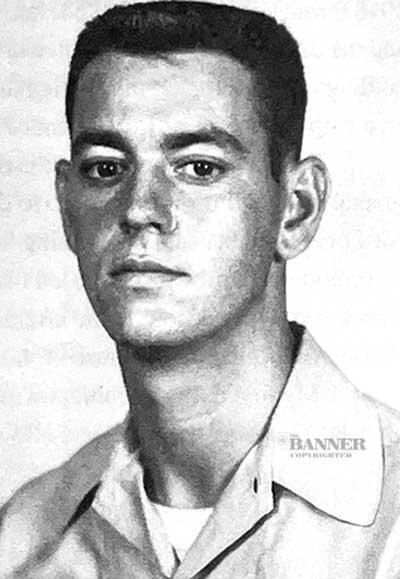 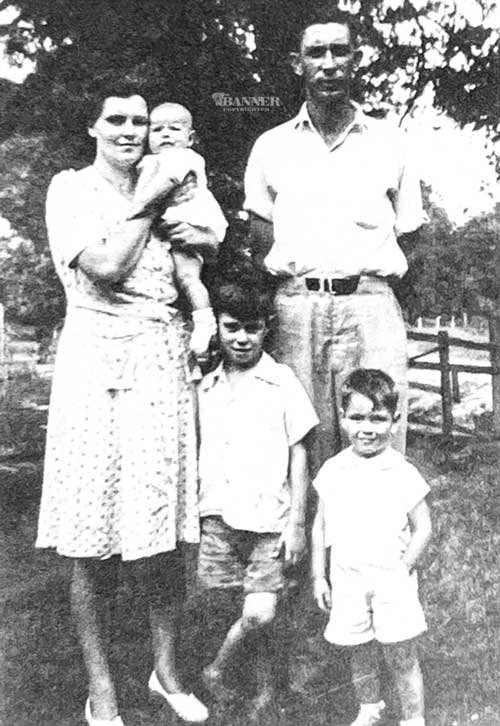 The Kelleys from (L to R): Ruth and William and their children Dwayne, James and Dale. 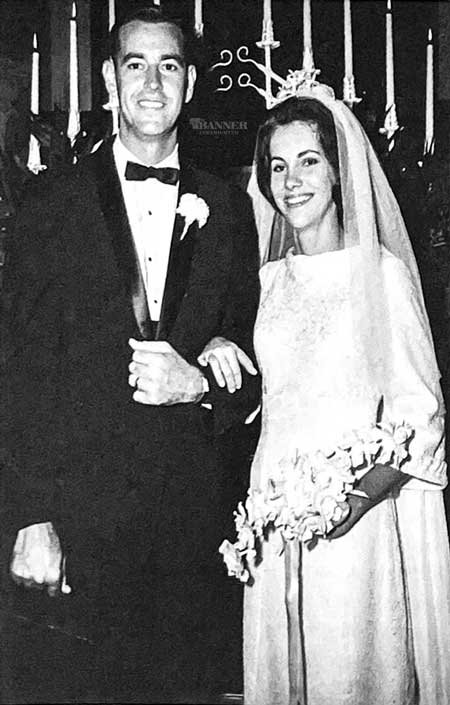 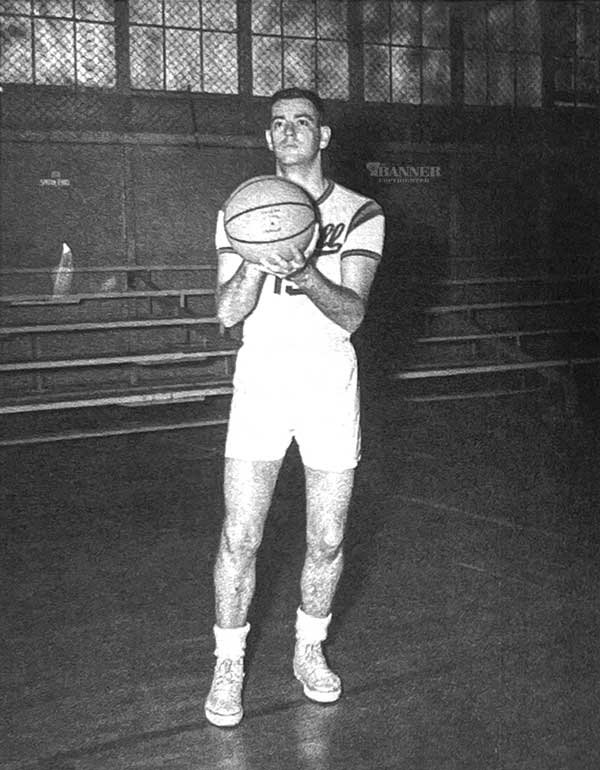 Dale Kelley taking time to practice his basketball skills in 1962. 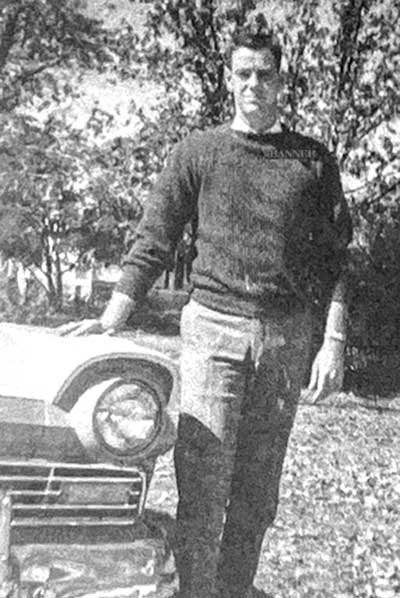 Dale shortly after returning home from the Air Force. 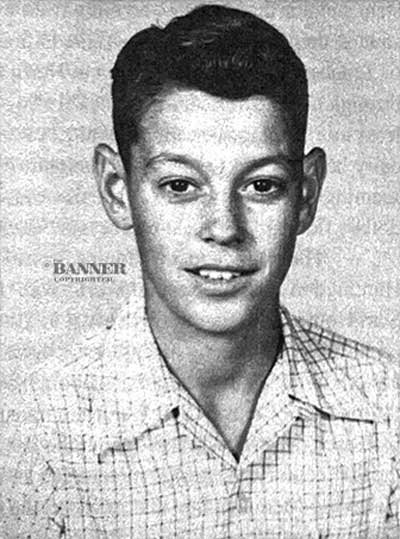 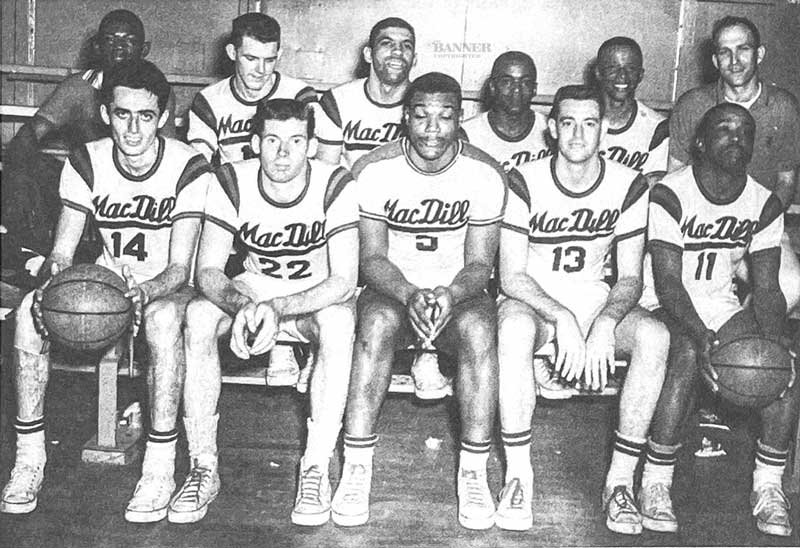 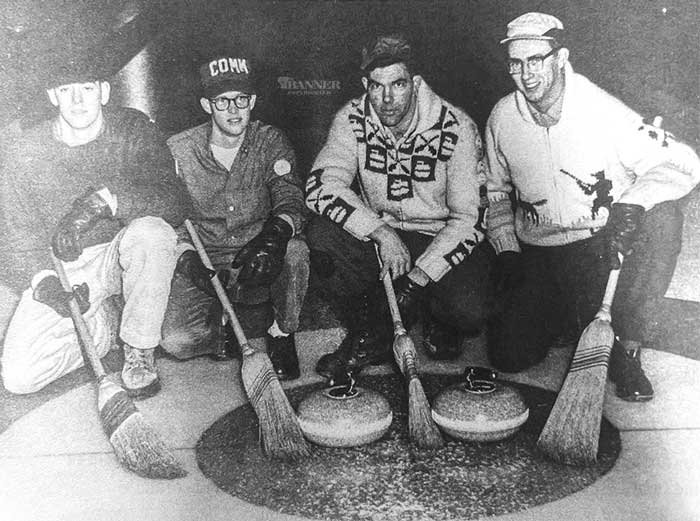 Dale Kelley and other airmen working on their curling game at Sioux Lookout Air Force Base, Ontario Canada.
Previous Next
Posted Tuesday, September 6, 2022 10:48 am
By Jason Martin
jmartin@mckenziebanner.com
For two years, I have been on the cusp of writing a series of Weekly 150 articles on the life of Dale Kelley. Following his death a few weeks ago, I figure it’s finally time to pay homage to a man whose name has become synonymous with Huntingdon and Carroll County.
The story of Dale Kelley starts in Carroll County near Reedy Creek in an area now part of Lake Halford. Born October 19, 1939, to William Jesse Kelley (1914–1986) and Ruth Helen (White) Kelley (1917–2000), Dr. R.B. Wilson delivered Kelley. Dale was the second of three boys; James was the oldest, Dwayne the youngest.
By 1947, the Kelleys had given up agriculture as the boys’ parents began working at the Publix Shirt Corporation. Dale and his brothers constantly changed schools as the family moved from house to house. It wasn’t until about the sixth grade that Dale found stability. From sixth grade until he graduated from Huntingdon High School, the family lived within the zoning for the Huntingdon School District.
Teenage Dale was not necessarily the top student academically at Huntingdon, but he did shine athletically. In his autobiography, Dale stated, “My life as a child and teenager center upon sports; neighborhood pick-up games, Saturday mornings at a ballpark, cross-town competitions, school rivalries, Little League. Although to the best of my knowledge there were no other athletes in our family, sports played a major role in my formative years from my earliest days as a student in those tiny one-room schoolhouses through my years as a Bethel University student-athlete.”
Like most youths, he played baseball growing up and was on the high school team his senior year (1957 was Huntingdon’s first year to sponsor a team). Too skinny for football at 120 pounds, Dale turned his focus to basketball. He lettered for three years and was named captain his senior year.
After his high school graduation, Dale was not financially able to attend college but he was determined to make it part of his future. In the spring of 1958, he decided to enlist in the U.S. Air Force. Soon he was on a transport to Lackland Air Force Base near San Antonio, Texas to begin basic training. Then it was off to Wichita Falls, Texas to train in telecommunications.
His training was on teletype machines where he focused on encryption patterns for incoming and outgoing messages. Dale’s first assignment was at Tyndall Air Force Base in Panama City, Florida. When not in work detail, sports remained the center of his world. This included winter basketball and spring baseball (base and city league teams) at Tyndall.
While stationed a year at Sioux Lookout Base in Ontario, he learned to curl and survived subarctic temperatures. He was able to find time for basketball and baseball.
His final assignment was MacDill Air Force Base in Tampa, Florida. He was part of a radar squadron with top-secret clearance for decrypting and encrypting all communication. In 1962, the 32nd Air Division newspaper, The Guardian, selected Dale as the runner-up for Sportsman of the Year for his participation in basketball, softball, touch football, volleyball and paddle ball. One event at MacDill stuck with Dale.
“One October morning in 1962, a flash message erupted across the teletype machine while I was on duty. A flash message carried one meaning - war is imminent. I contacted the base commander immediately, all airmen were placed on alert, and the B-52 bombers were armed and ready for takeoff. This was the Cuban Missile Crisis and I happened to be on duty at the communication center the day before Soviet leader Nikita Khrushchev backed down in the Atlantic and withdrew naval ships laden with nuclear missiles for Cuban silos.”
By 1963, Dale possessed orders to ship to Vietnam but in April of the same year, his enlistment ended. He declined re-enlistment and returned home to Carroll County. While at MacDill, he received numerous scholarship offers to play ball in Florida, and his heart was set on returning home.
After touring Bethel College’s campus, Athletic Director and Coach Casey Vinson offered the 23-year-old Dale a scholarship to play basketball and baseball. He began as a physical education major before switching his major to business with a physical education and economics minor. After three years, in August of 1966, he graduated.
While a student at Bethel, Dale was attending the Carroll County Fair. There he came across Carlene Tullos working at the information booth for the University of Tennessee Extension Service. He asked her on a date, and after a year of dating, they married on September 4, 1965.
Next week, we’ll pick up where we left off and head into Dale’s business and political world while staying active in sports.