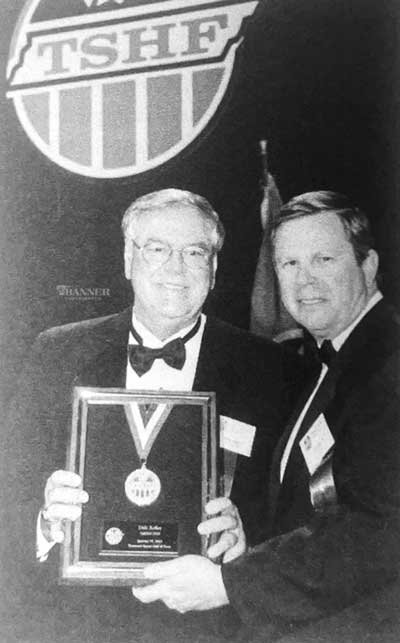 Dale Kelley’s induction photo into the TSSAA Hall of Fame 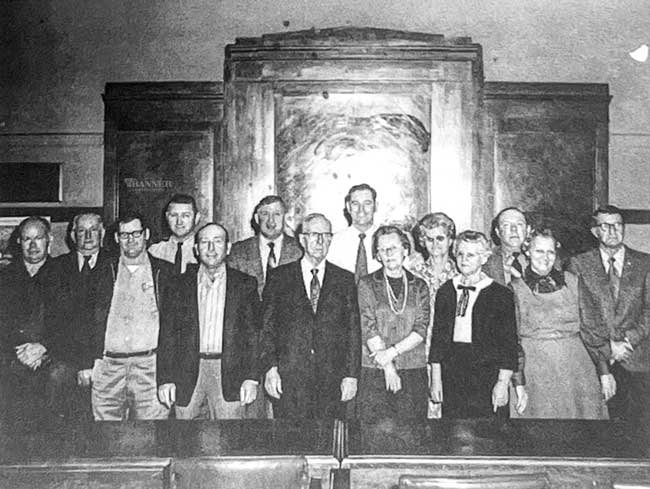 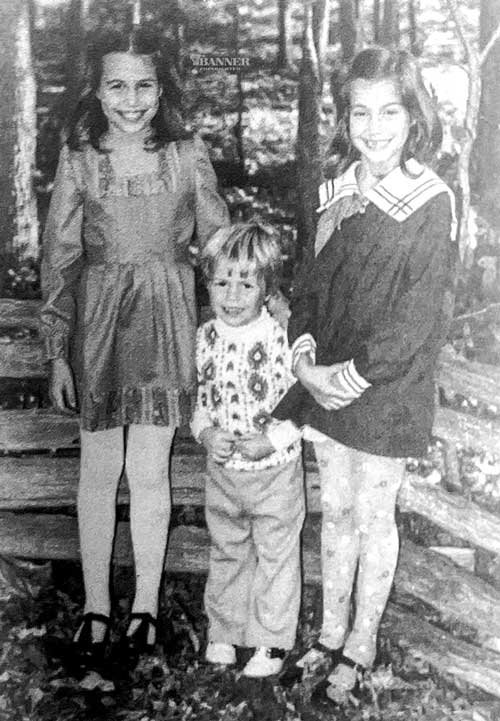 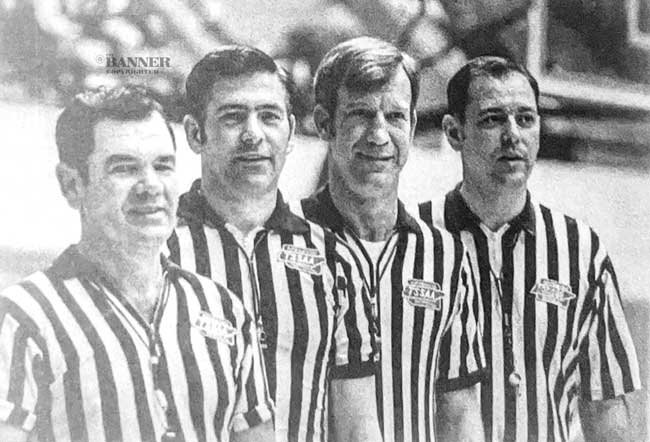 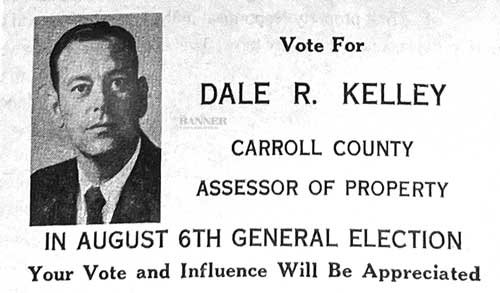 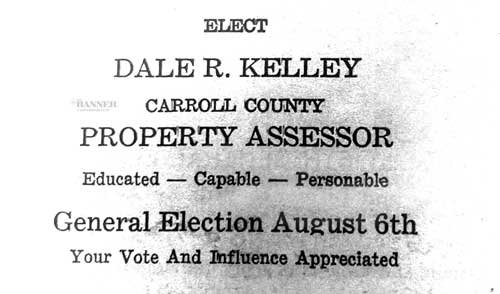 Dale Kelley’s Property Assessor campaign card.
Previous Next
Posted Tuesday, September 13, 2022 2:23 pm
By Jason Martin
jmartin@mckenziebanner.com
During Dale’s senior year of college, he began officiating junior high basketball games with Don Durden. This segued into high school games through the Northwest Tennessee High School Basketball Officiating Association.
“I officiated a solid schedule of high games my first year on the court, then was offered the opportunity by the Tennessee Secondary School Athletic Association (TSSAA) to officiate district tournaments my second year. Each year that followed brought new opportunities as I added regional tournaments my third year, the girls’ state tournament the fourth, junior college games and the girls’ state tournament once again the fifth, and the boys’ state tournament the sixth.”
In 1970, Dale refereed his last high school game which was the boys’ state tournament at Vanderbilt. From the TSSAA arena, he moved to officiating Division I NCAA basketball games. For his officiating work in the TSSAA, he was elected to the TSSAA Sports Hall of Fame and was inducted into the first class of the Carroll County Sports Hall of Fame.
After graduating from Bethel College, Dale took a job as a loan officer trainee with the Bank of Huntingdon. He was filling Billy Cary’s vacancy when he was drafted to fight in the Vietnam War. It was during this period Dale became interested in politics.
“As a child, my family rarely discussed politics, and I did not discover party affiliation until I ran for my first election as a Republican in 1970. Up until that point, my only brush with politics came from an evening in 1964 spent with a tiny group of Barry Goldwater campaign organizers that I discovered while joyriding around Huntingdon with a friend one night.
“Out of curiosity, I attended an evening political organization meeting for Republican Julius Hurt in the Colonial Tea Room on the courthouse square. Hurst was running as a Republican candidate for the U.S. House of Representatives…He offered me a position as his 7th District field representative and county campaign manager. My supervisors at the bank agreed to allow me to pursue this job opportunity… On one occasion, I escorted visiting politician Richard Nixon from the airport to a pep rally in Jackson.”
Hurst was defeated by the future governor and later federal inmate Ray Blanton.
In 1970, Dale threw his hat into the political arena. The position of Carroll County Assessor of Properties transitioned from an appointed position to an elected position. Even though he had some name recognition from his years officiating basketball, he knew he needed to get out amongst the people and actively campaign.
“I began to walk, knocking on every possible door and speaking to as many individuals as I could before election day. Except for two precincts, I knocked on every door in Carroll County. The Mixie community was home to my opponent and his extended family, so I chose not to campaign there, and I ran out of time for the small area of Christmasville. I shed ten pounds after spending an entire week walking the streets of McKenzie, stopping at every house, leaving flyers and speaking to residents.”
Dale won the election and in his second year in office, Carroll County had its first property reappraisal. Most of the landowners found the reappraisal beneficial. At the end of the four-year term, he decided against running for reelection and accepted a partnership with Maddox and Chance Insurance.
He briefly toyed with the notion of running for county judge (county mayor). Dale wrote in his autobiography, “ By this time, I was the father of three children and establishing a business career appeared to be in the best interest of my family. I would remain a part of this agency for the next seventeen years. My taste for politics, however, was firstly established, and I returned to its challenging arena sooner rather than later.”
With the death of Lee Chance, Dale became an equal partner with the Maddoxs’ after purchasing fifteen percent of the agency shares from Chance’s widow. It wasn’t long before the Maddox and Kelley Insurance Agency began expanding with agencies in Trezevant, Bruceton, McKenzie and Camden. Then they began purchasing property, mostly rental properties.
After seventeen years, Dale sold his shares of the agencies but retained most of the properties that became the foundation of K&K Real Estate.
“As my growing involvement in basketball officiating and state government took me away from Huntingdon with increasing frequency, my involvement in the insurance agency decreased dramatically until I chose to relinquish my partnership. Those seventeen years, however, laid the foundation for my commitment to the community of Huntingdon, its financial stability, economic growth and urban development. My monetary investment was substantial, but so too was my personal investment as I worked to develop relationships with local individuals and business owners from all aspects of community life.”
Next week, we will pick up with Dale Kelley’s further soiree in politics and basketball officiating.