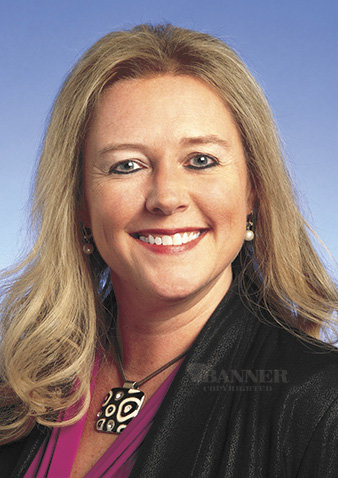 NASHVILLE — Tennessee Commissioner of Health Lisa Piercey addressed reporters with the Tennessee Press Association over a Webex virtual conference on Wednesday, February 10. Piercey was opportunistic on many fronts concerning the distribution and inoculations of the COVID-19 throughout Tennessee. She was also very frank about challenges to the distribution of vaccines.
The good news is Tennessee is expected to receive 106,000 to 107,000 vaccines from the federal distribution system this week, up from approximately 101,000 last week. A bonus amount of vaccines is promised in the coming weeks, said the commissioner.
Vaccines are distributed to the counties based on population. Dr. Piercey said there is some vaccine-tourism is occurring in which people from other states or from other counties are vaccinated because a particular county has vaccines.
She noted many elderly patients, who are now eligible for the vaccines, are apprehensive to use an online portal to register to be vaccinated. They are the ones who will phone the Department of Health to schedule a vaccination. The phone receptionist registers the patient in the same system as the one used by citizens over the internet. In the near future, a new online system will roll out and provide the registrant of the time and place to appear to be vaccinated.
Presently, there are two vaccines approved for use, both require a two-dose administration. J and J’s vaccine will likely be approved for use in the coming weeks. It is a one-dose vaccine, which is approximately 70 percent effective against COVID-19. She said it is 100 percent effective in preventing serious illness or hospitalization as it relates to COVID-19.


The UK-variant is in Tennessee, said Piercey.
Piercey is a graduate of Bethel University-McKenzie, where she earned her MBA. Preceding her public service, Piercey spent a decade in health systems operations, most recently as executive vice president of West Tennessee Healthcare, a public, not-for-profit health system with more than 7,000 employees servicing 22 counties. Her executive responsibilities included oversight of five rural acute care hospitals, two inpatient rehabilitation hospitals, a behavioral health hospital and eight community mental health centers and the system’s population health initiatives. Prior to this role, she served as vice president of physician services, managing the 17 clinics and approximately 90 providers of the West Tennessee Medical Group.
Piercey is certified by the American Board of Pediatrics in both General Pediatrics and in the specialty field of Child Abuse Pediatrics. She has remained active in evaluating children for suspected abuse and neglect and serves in a volunteer capacity as medical director for the Madison County Child Advocacy Center and a faculty member at Vanderbilt University School of Medicine. Piercey is a Fellow of the American College of Healthcare Executives, where she has been president of the Mid-South Healthcare Executives chapter as well as the national chairman of the Management Series Editorial Board.
In addition to volunteering on multiple community and non-profit boards, Piercey serves on the American Hospital Association’s Small and Rural Hospital Governance Council, the Joint Commission Critical Access Hospital Advisory Group and the Tennessee Center for Health Workforce Development Board, and was appointed by Governor Haslam in 2017 to the State of Tennessee Healthcare Facilities Licensing Board. Professional awards include Senior Healthcare Executive of the Year (2016), Rural Healthcare Executive of the Year (2017) and the WestStar Make-a-Difference Award (2018).
She received her Bachelor of Science in Chemistry from Lipscomb University, her medical degree and pediatrics residency training from East Tennessee State University Quillen College of Medicine and her Master of Business Administration from Bethel University. Piercey and her husband, David, an industrial safety specialist, are west Tennessee natives and have four children.